Rise in late diagnosed DDH in Australia - What are we doing about it?

Recent research out of South Australia published, in April 2016, in the Medical Journal of Australia, about the increase in late diagnosed developmental dysplasia of the hip sparked a flurry of media interest in the form of a swaddling warning. This isn't the first swaddling warning to be issued in relation to hip dysplasia and it won't be the last.

Is there more to this research beyond a swaddling warning, and should we be doing something as a country to address this worrying trend?

As the title of the research suggests, the major focus of the article is about a rise in late diagnosed developmental dysplasia of the hip (DDH), not only in South Australia but nationally, with New South Wales experiencing a massive ten-fold increase in DDH diagnosed in walking aged children.

More education and awareness is needed to reverse this worrying trend, as despite ongoing clinical (physical) screening programs occurring late diagnosis of DDH has risen.

Healthy Hips Australia is reliant on community donations and fundraising as we are a volunteer run not-for-profit organisation that is not government funded. 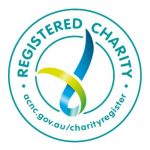 This information is intended to support, not replace, discussion with your doctor or healthcare professionals. Every effort is made to ensure this information is up to date, accurate and easy to understand. Healthy Hips Australia accepts no responsibility for any inaccuracies, information perceived as misleading. This can be reproduce with acknowledgement to Healthy Hips Australia. Handouts are available to download free of charge at www.healthyhipsaustralia.org.au