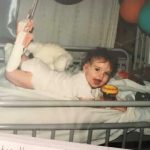 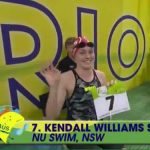 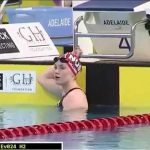 “Hey guys! I have hip dysplasia and I’d like to tell you a bit about my story. So I wasn’t diagnosed until I was 2 when mum noticed me dragging my leg around everywhere and because it was diagnosed too late I have had 4 surgeries, bone grafts and cartilage removal since and leaving me with a nice big scar down both sides of my right hip.

My orthopaedic surgeon told me that I would only have to do swimming as a sport because it is a no contact sport and strengthens the muscles around my hip. I’ve been swimming since I was 4 months old.

In 2013 I was told I could make good out of my disability by being classified into the paraswimning program which I was classified as an s10 (least disability on the spectrum) and in 2014 attended my first paracamp at the Australian institution of sport Canberra and performed so well that I was asked to become internationally classified meaning I could participate overseas and represent Australia potentially if I kept up the work.

In 2015 I decided I wanted to trial for the Australian Paralympic Swim Team to compete at the 2016 Rio paralympics! I trained 10 two hour intense sessions a week in the pool, along with 2 gym sessions, seeing a physiotherapist and getting a massage once a week. I took (legal) natural supplements and built myself up to the athlete I always wanted to become ever since I was about 10 years old. I was invited to another National AIS camp with Paralympic athletes and about 2 other “newbies” who would try for a spot on the team. The camp was for those who got the attention of the selectors of the team and wanted to see grow throughout the year.

I saw a sports hypnotist, sport psychologist because I had some mega nervous setbacks and thought I couldn’t do it. On the day in which I was to trial for the team in south Australia, I made the finals (selected top 8 out of 70 athletes). However in the finals I experience and massive setback and nervous breakdown and ended up coming 4th. I missed out by 0.4 of a second to be on the Australian swim team.

This isn’t a sob story or anything. I’m proud of who I became and what I achieved despite my disability. I’m still swimming a little bit and hope in future I may find confidence to get back into it again but in the meantime I’m studying to become a sports psychologist to encourage those like me to become the best they can be and not let petty set backs get in the way of feeling proud of oneself.

People with disability have ability to become something extraordinary if they just believe and accept they are unique and make something good out of it.”