Healthy Hips Australia is grateful for the ongoing support from the following individuals. 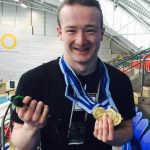 Swimmer Matt Ward, has joined us at Healthy Hips Australia as an ambassador just in time for Healthy Hips Week 2017.

Matt has had a life long hip dysplasia journey, which is ongoing, yet despite this, he does not let it define his life.

“Sometimes in life things just happen, and for me personally, I've tried to not get into the mindset of being disabled or limited in any way, instead just seeing where it all takes me. I've swum with amazing people; had the opportunity to compete at the Olympic Trials in April 2016; been able to travel to many places all over Australia for competitions - and to be frank, I wouldn't change a thing”.

Thanks for your support Matt. 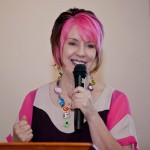 Popular parenting public figure Pinky McKay joined the cause, to raise awareness of developmental dysplasia of the hip, and the impact of inappropriate lower limb swaddling on the incidence of the condition. Pinky joined us in June 2016.

An International Board certified Lactation Consultant (IBCLC), with a busy private practice in Melbourne, Australia, Pinky McKay is a best-selling author with four titles published by Penguin including Sleeping Like a Baby, 100 Ways to Calm the Crying, Toddler Tactics and Parenting By Heart.

Pinky has had personal experience with this debilitating condition. One of her five children had suspected ‘clicky hips’ as a baby, and as was the practice at the time, she used double nappies to help.

Pinky’s gentle parenting style and practical support for the parenting community is the perfect fit for this role and Health Hips Australia is thrilled to have Pinky on board to help us put hip dysplasia on the agenda of every parent not just those faced with a diagnosis of it.

Thanks for your support Pinky. 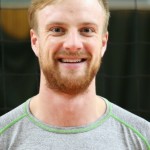 Volleyroo Olympian Harrison Peacock joined the cause, to raise awareness of developmental dysplasia of the hip, by becoming an ambassador for Healthy Hips Australia in April 2016.

In 2014 Harrison had to take time out from volleyball for major surgery to correct hip dysplasia in both his hips.

“I am happy to be helping raise awareness of hip dysplasia and support this a cause that I am all too familiar with” said Harrison in his new role as Ambassador.

Thanks for your support Harrison.